Once the graph is generated, you may notice that some of the wallets shown in your graph appear to be colour-coded. The legend to the colour-coding will be explained below.

Users can also customize the graph by clicking on the legend’s colour code. This will be elaborated in the later sections.

The Graph: Interacting with the graph

There are two ways to interact with graph - either directly by clicking on the nodes, or indirectly by using the buttons on the top right corner of the graph.

You can interact with the graph by clicking on the nodes and the lines in between the nodes, which are termed ‘edges’. By clicking on them, you would be able to see information relevant to the node or edge which you have clicked.

If you click on an edge, the Tx Hashes, sending and receiving wallet addresses, Tx Time and amount of ETH involved pertaining to the transaction will be shown.

Clicking on a node will display the category of the said node, the wallet address, their type and annotation in our Threat Reputation Database.

You can further customize the graph by clicking and dragging the nodes to move them around. Additionally, you can expand and collapse nodes by double-clicking on them, allowing you to hide and show edges and nodes related to any particular node as you wish. Please do take note that this is still limited by the source and distribution depth you have set earlier. 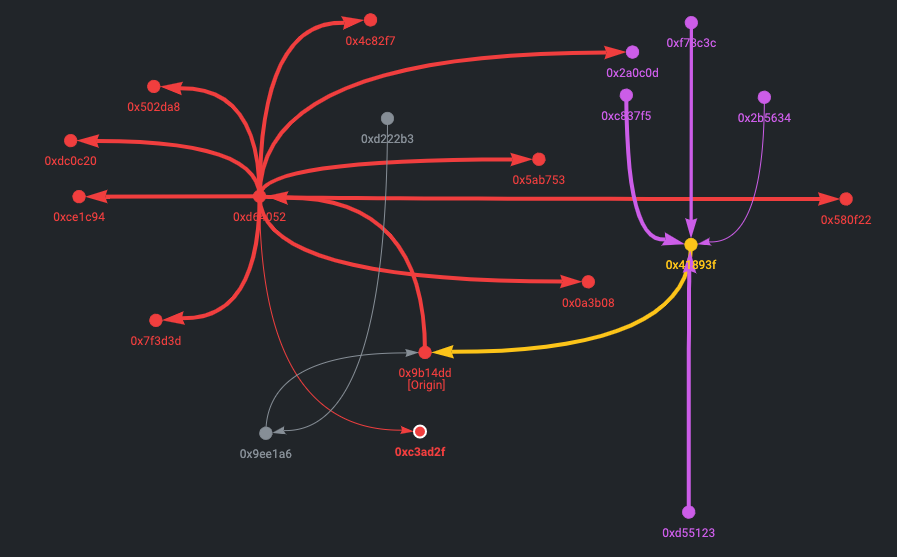 You can move the nodes around in any direction as you want to.

Zooming in and out is also possible with the mouse wheel. Alternatively, users can zoom in and out by clicking the appropriate buttons on the top right of the graph, which would be shown in the next section.

Lastly, if users are confused by the graph, there is a Path Filter feature which allows users to see how two specific wallets shown in the graph interact with another. This is achievable by clicking on a node, then clicking on the "Add to Filter" button. 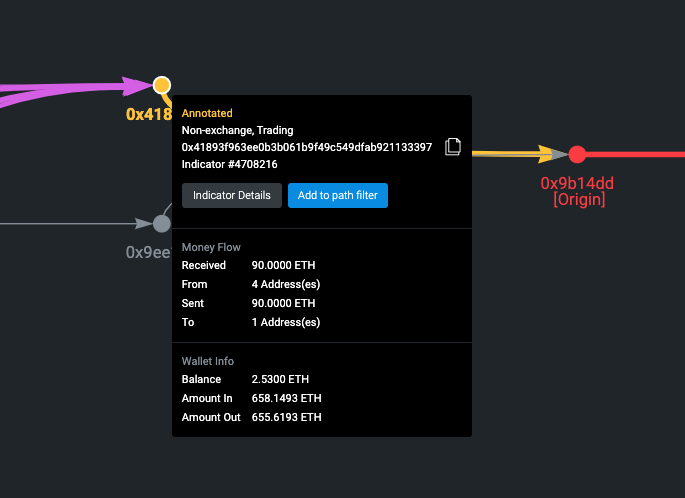 Users can return the graph to its previous state by removing the nodes in the filter (the nodes which appear bigger than the rest) by clicking the "Remove from filter" button.

There is a set of dropdown lists, a field textbox and buttons at the top right of the graph. These also allow you to interact with the data displayed by the graph, albeit indirectly.

For example, by clicking the purple code (Exchange & DEX) will result in all nodes and edges in the corresponding colour to be hidden from view.

This is the graph after having the purple code clicked. A white horizontal line would appear over the code as an indication.

If users wish to see the nodes and edges they have hidden to be shown once more, they could simply click the colour code again. 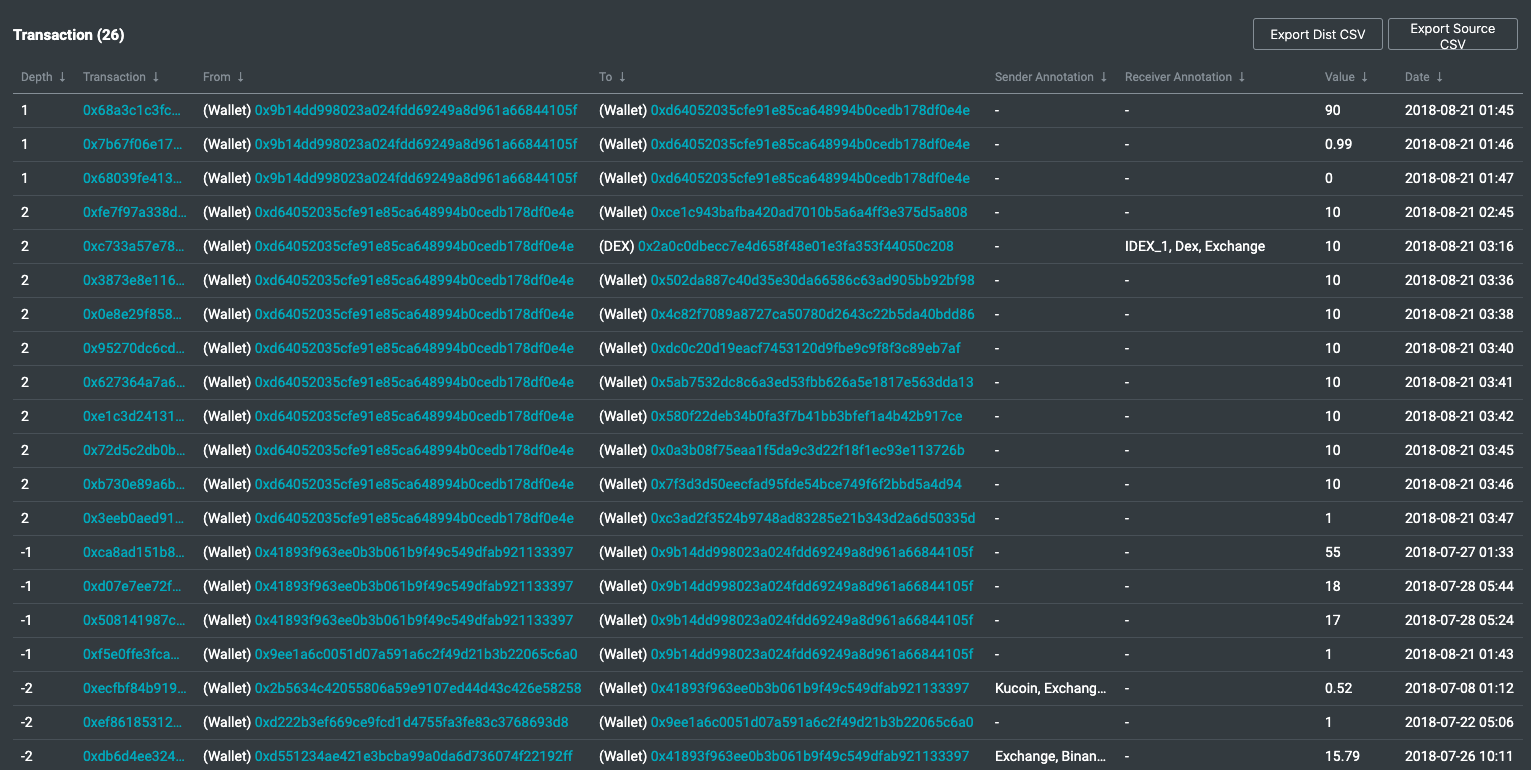 Upon the creation of the graph, all of the transactions displayed in the graph will be compiled into a list as well. This list can be found below the graph.

This list also allows for a small degree of customization. Users are able to sort the transaction list by clicking on the column headers.

The transaction list after sorting by ‘Sender Annotation’ as shown above.

At the top right of the Transactions List, there are two buttons: “Export Dist CSV” and “Export Source CSV”. These two buttons allow users to download the distribution and source transactions respectively in a CSV file, which can be opened using Microsoft Excel.

K
Kai is the author of this solution article.

Did you find it helpful? Yes No

Send feedback
Sorry we couldn't be helpful. Help us improve this article with your feedback.